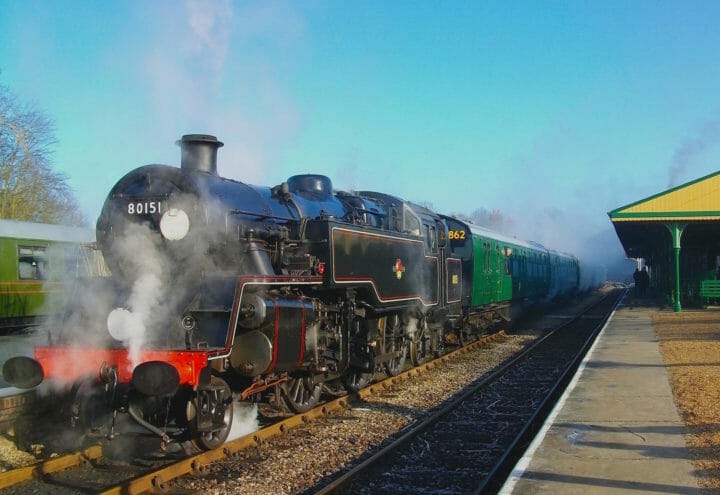 As one of the UK's oldest preserved standard-gauge railways, it provides the opportunity to experience travelling by train in a bygone era. Steam hauled trains take passengers through 11 miles of stunning Sussex scenery luxuriously and comfortably, making every journey memorable.

Did you know that Bluebell Railway stations have been featured on popular TV shows and movies, like Churchill's Secret, Muppets Most Wanted Movie, and Downton Abbey?

If that's not enough, here are seven compelling reasons why you should not miss out on one of England's best train experiences:

#1. Travel Back in Time With the Bluebell Line

Bluebell Railway is known for its heritage carriages, including two beautifully restored 1920s Pullman carriages hauled by steam locomotives. The railway is also known for its restored stations.

Kingscote will send you back in time to the 1950s. Sheffield Park station will take you all the way back to the 1880s, the heydeys of steam-hauled passenger trains. You can enjoy refreshment services at Horsted Keynes, where you will be transported to the roaring 1920s.

Let's take a closer look at these stunning East Sussex stations and their facilities.

Known for its tranquillity and picturesque surroundings, Kingscote station was built in 1882 by the London Brighton and South Coast Railway. More recently, it was restored to the mid-1950s British Railways era.

Colourful flower beds and a picnic area make Kingscote one of the most picturesque stations south of London. Facilities at Kingscote include a playground and a kiosk for refreshments.

Sheffield Park station's restoration went even further back in time, to the style of the 1880s Brighton era, the same time the London Brighton and South Coast Railway built it.

Sheffield Park is the largest station along the Bluebell railway line. It was named after Lord Sheffield, who owned an estate nearby, now duly named a National Trust property. You can enjoy a leisurely walk from the station through Sheffield Park and Gardens.

Built in 1882 by the London Brighton and South Coast Railway, Horsted Keynes was restored in the mid-1920s Southern Railway period. The Carriage and Wagon department is located here and open to the public. All the carriages are renovated there, including woodwork, metal fabrication, painting, and upholstery.

Don't miss a chance to experience what it was like to use railways around East Sussex in simpler times.

#2. Start at Sheffield Park and Make a Day of It

There are many picnic sites located around the Bluebell line's stations. The natural beauty surrounding Sheffield Park station is unparalleled. Enjoy a riverside picnic in the park or have a quick snack at the outdoor space at Horsted Keynes before you set off to explore the breathtaking landscapes of the East Sussex Countryside by rail.

You'll travel in comfort as you steam past the delightful Ashdown Forest (Did you know it's the home of Winnie the Pooh?), wild flowers and miles of outstanding natural beauty.

Enjoy your journey along the East Grinstead line with a full tummy. There are several food-themed events onboard the Bluebell Railway steam-hauled passenger trains.

Experience the stunning scenery along the East Grinstead line as you take a train ride while digging into a full English breakfast or having afternoon tea with a range of delicious pastries and cakes.

Or, enjoy traditional British fare on a Friday night with tasty fish and chips or curry evenings. There is nothing quite like British battered fish and chips!

#4. Engineering in Action at East Grinstead

As you arrive at East Grinstead, watch the engineering in action as steam locomotives uncouple from one end of the train and re-attach at the other end before returning to Sheffield Park station. It's incredible to think that technology existed so many years ago.

The railway museum and shop are located at Sheffield Park station. Horsted Keynes is also home to the Bluebell Railway Carriage Shop. You can pick up pre-loved collector items from a historic carriage, including vintage railway magazines and transport books, memorabilia like timetables, train models, and old photographs.

The railway museum at Sheffield Park links the past to the present and boasts an extensive collection of artefacts and display panels. You can experience pulling a signal lever in a Victorian signal box or learn more about heritage railways.

Bluebell is the oldest ex-BR preserved standard-gauge railway in England, giving passengers a unique opportunity to experience a bygone era, but with modern facilities. Take a round trip on the Bluebell Railway and enjoy a guided tour of the museum and engine shed at Sheffield Park. It's an experience not to be missed.

If you plan to enjoy a train trip on this East Sussex line, why not book tickets for spring? The area's beautiful bluebells come into bloom from around March or April, creating a breathtaking display.

Or take advantage of some of the many events hosted by the railway. There is something for everyone. From events for children, like the Teddy Bear's Picnic and the Running Diesel Footplate Tasters, to the Road Meets Rail traditional steam fair and the Bluebell Railway Beer Festival at Sheffield Park Station.

A popular event is a visit from the Flying Scotsman, one of the UK's top steam-hauled passenger trains. This is an event not to be missed! Also, look out for Model Railway weekends and the Sussex Cottage Stew Special Train. The website is regularly updated to keep the public informed of what's happening.

Make a Day of It

Run by volunteers passionate about preserving heritage railways, the Bluebell Railway is a delightful way to spend a weekend in England or a unique birthday celebration. A ticket can also be a special anniversary or retirement present for a loved one.

At Inside Track, we have an exciting holiday that includes this line; why not take a look at it, Kentish Man? It takes in Hastings cliff railway, maritime heritage at Chatham Dockyard, and lots more.

How long is the Bluebell Railway journey?

The railway journey is 11 miles long and takes around 40 minutes to complete.

Is the Bluebell Railway still running?

Yes, it is! The railway has several heritage trains and exciting events all year round. Visit the website to book tickets for a train ride and learn more about the railway's services and facilities.

Who owns the Bluebell Railway?

« The Ongar Epping Railway
The Middleton Railway, Leeds - A labour of Love » 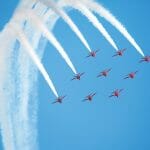 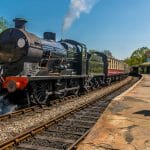 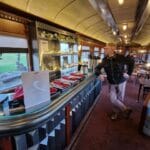 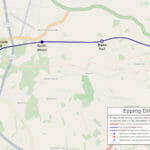 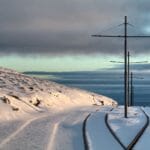 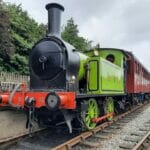 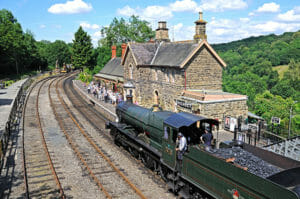 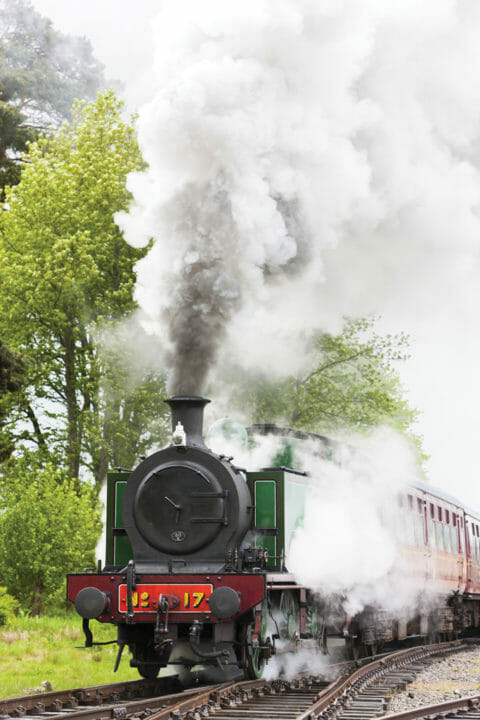